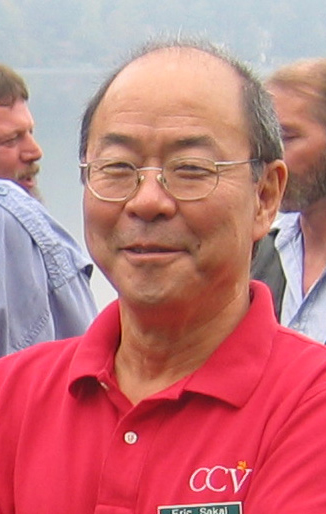 It was around 1995 that CCV’s President’s Council found itself glumly acknowledging that we could not deliver all of our academic programs to students at all twelve of our academic centers (then called “site offices”). Access has been the cornerstone of CCV’s mission since our founding in 1970 and the primary reason why we chose to bring the College to communities around the state, rather than requiring students to travel to a central campus. But the reality was that several of our academic centers lacked student populations large enough to support course offerings in all programs. It appeared that we would have to warn students of the need to limit their aspirations to certain degree studies or plan on driving long distances to a larger center.

Fortunately, at about the same time, CCV’s Emerging Technologies Committee (ETC) was exploring a new approach to course delivery. Emboldened by the success of the 1992 Virtual Campus project, which brought the transformative communication medium of email to our far-flung college, the ETC decided that it was time to test the waters in the new field of distance education. Honestly, we had little expertise in academic technology, but at the urging of then-Dean of Administration Tim Donovan, the ETC decided to venture a single online course for the spring 1996 semester.

At the time, there were few models to emulate. Blackboard and Moodle didn’t exist as what are now known as learning management systems, and only a handful of colleges and universities had begun to deliver course materials and instruction online. We ended up cobbling together an online course using electronic bulletin board software and a Web page hand-built by a tech-savvy CCV office manager named Megan Tucker.

CCV’s first online course was Introduction to Political Science, taught by the late Bill MacLeay. Because we were launching an untried delivery system, we decided to offer the course free to twenty-five pioneering CCV students, supported in the course by CCV academic coordinator and ETC member Dianne Maccario. We were pleasantly surprised by the success of the course, which included a rather daring experiment with a guest “speaker,” Senator Patrick Leahy, who participated in an online chat session with students.

We took the summer of 1996 to evaluate our experiment and plan three new online courses for the fall semester. In addition to a second offering of MacLeay’s Introduction to Political Science, we added an online section of The Constitution, taught by Anne Buttimer, and a section of Science Fiction Literature, taught by CCV academic coordinator John Christensen. Both Anne and John have been teaching CCV online courses ever since—Anne in criminal justice and John in history. In partnership with Megan Tucker, John has been the guiding light of online learning, growing the program from those three initial offerings to what is now the largest provider of undergraduate online courses in the state of Vermont.