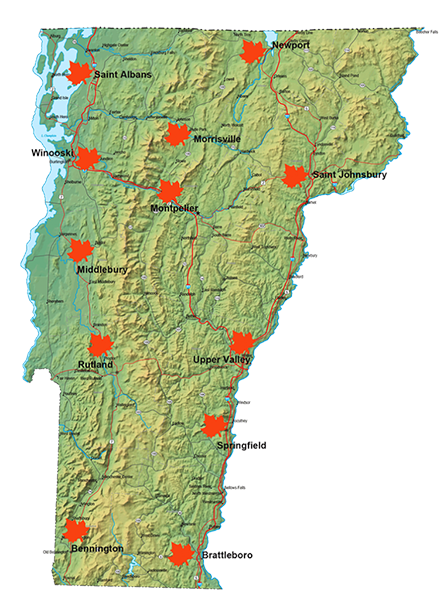 CCV completes its expansion into Vermont’s Western corridor with the addition of the Middlebury academic center, its 6th in quick succession following Morrisville in 1980, Rutland in 1981, Burlington in 1982, and Bennington & Upper Valley in 1983. With 12 locations statewide, CCV is now within 25 miles of 95% of Vermonters.